MFC Minsk took the first point in the championship

In the seventh round of the Belarusian Mini-Football Championship, MFC Minsk drew 2-2 at home with Ohrana-Dinamo.

In the 7th minute Buralkin brought Minsk forward, but soon the visitors managed to win back, and 6 minutes after the start of the second half and even to get into the lead. However, “Dinamo” managed to hold out in this status only four minutes: on the 29th Krivitsky restored the balance.

Parity was held until the end of the match, after which came a dramatic denouement: just 6 seconds before the final whistle, the “Citizens” got the right to a 10-meter kick, which could lead to victory, but the goalkeeper was able to repel Novik’s shot and save the draw. 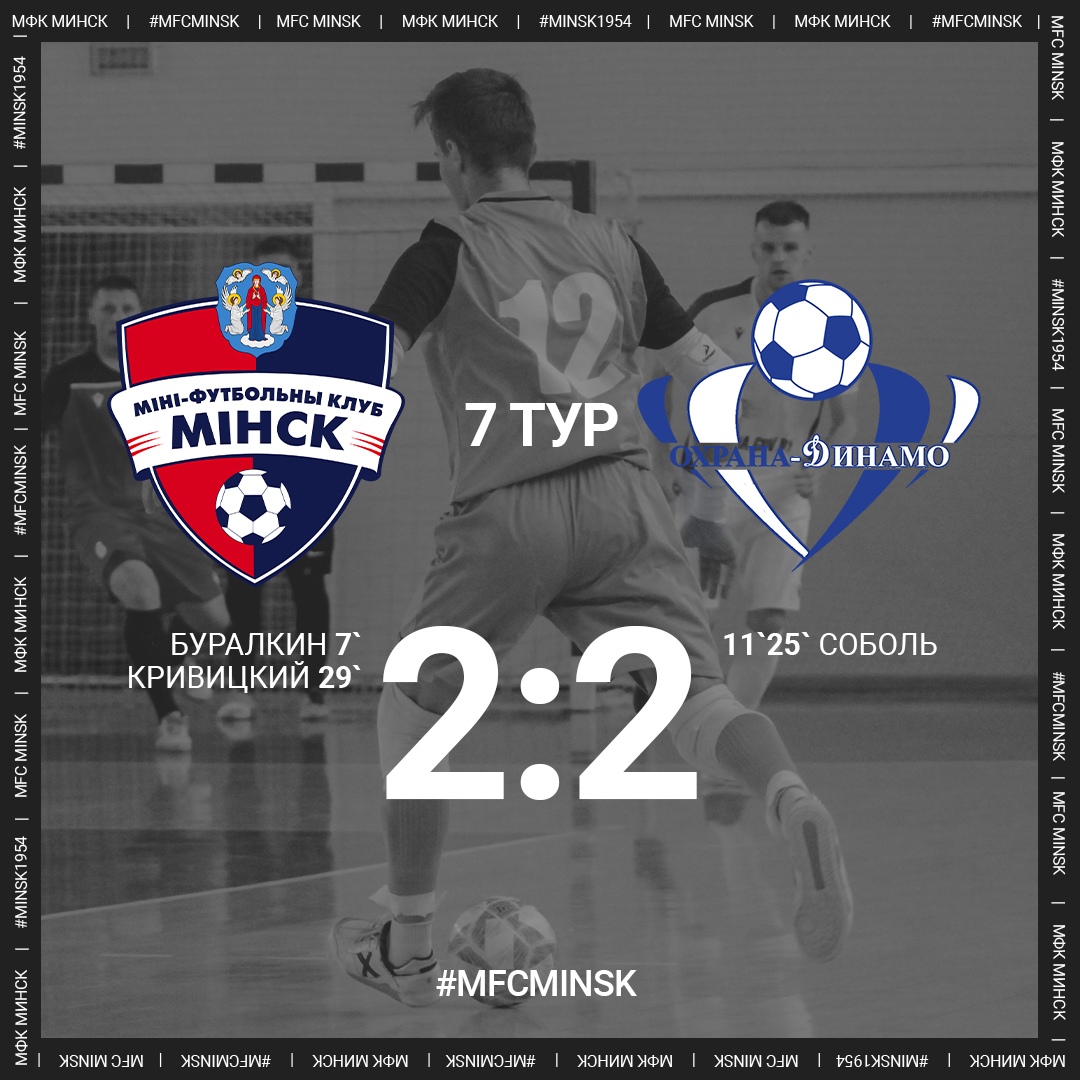 Note in the protocol. The head coach of the Minsk team A.Chernik (39.10) received a warning for interfering with the referees’ actions.

Kirill Podobed: “Ready to cling and fight for every chance to prove yourself”

Roman Mokin: “Let my career not be so long, but there is already something to remember”

Roman Mokin: “Before the game there was a craze, as if for the first time I went out to play”

Denis Semenyuk: “I want to develop and improve the team’s results”

Minsk – Dynamo-BGUFC. The fate of the match was decided by an autogoal